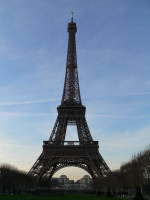 My Phalanger presentation was quite quick as I had only 30 minutes, but it included the most interesting things that we’re working on recently – I demonstrated our Silverlight support, interoperability between .NET and PHP (using duck typing) and also our upcoming support for Visual Studio 2008, which deserves special attention as it means that anyone will be able to get Visual Studio with PHP support for free (thanks to the VS Shell initiative).

Anyway, I just wanted to post the slides and demos on my blog as soon as possible (because I’m going on holidays for the next week) and I’ll send more detailed update on Phalanger after I get back.

Demos & Slides From My Talk